ON THE ROAD TO MUNICH FOR #TALENTTOUR2019

We took to the road to Munich again in the run-up to the flagship Laser World of Photonic event. This year we went on #TalentTour2019 - meeting with the talented people working in science and technology across Europe. The M Squared Land Rover pulled in at universities and research institutes to meet students, graduates and researchers to talk about exploring a career in the photonics and quantum industry. 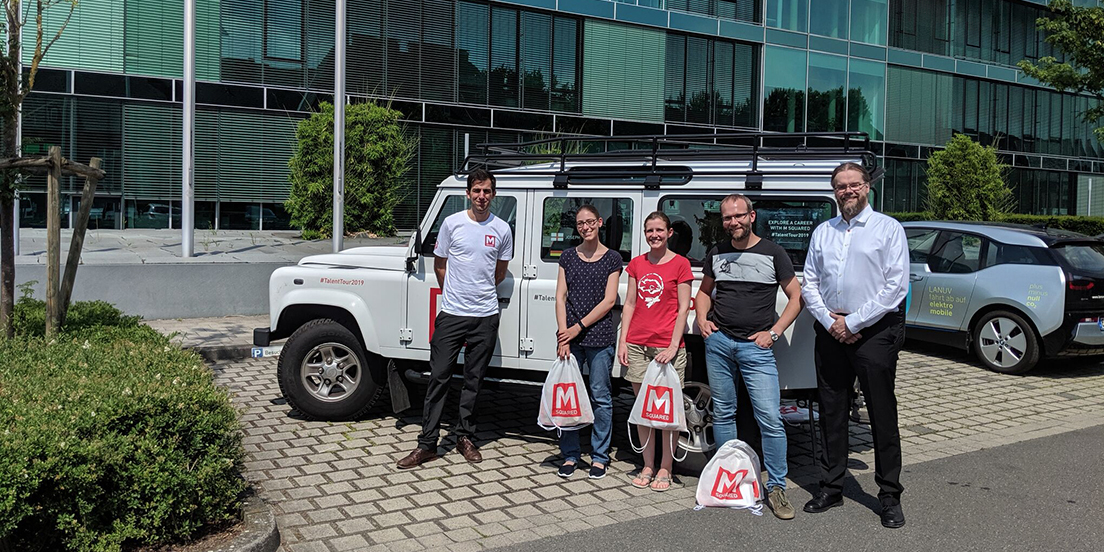 This isn’t the first time the M Squared team have made the trip to Munich - in 2015, we embarked on #kelvintomunich, a 1,406 mile (2263 km) drive to celebrate the International Year of Light. Along the way, we stopped off at the landmarks of famous physicists including James Clerk Maxwell, James Watt, Rev. John Kerr, Sir William Thomson, Lord Kelvin, Sir Isaac Newton, Charles Darwin, Robert Hooke, Albert Einstein and Max Planck. Two years later, our road trip gave us the chance to find out how some of our long-term customers, collaborators and friends were getting on and to take stock of the world-leading innovations which they are collectively pioneering.

This year the focus was on the very talented scientists in universities that are found in every corner of the continent. We believe that people have a vital role to play in fueling progress and actively support the students, academics and entrepreneurs that will shape our future.

In short, we wanted to help inspire the next generation who are going to make a positive difference to the world.

The Land Rover stopped off at the universities of St Andrews, Strathclyde, Glasgow, Birmingham, Southampton, Berlin, Jena, Erlangen, Hannover, Siegen, Munster and the National Physical Laboratory, where we hoped to build awareness around all the interesting career opportunities available not only at M Squared, but across industry.

We believe a great career is about being more than a ‘laser engineer’ or ‘sales representative’. With talent, passion, dedication, drive and with the right support and people around you, almost anything is possible. We provided insight into the careers paths of our team and offered a unique perspective on what working in a forward-facing industry really means. We also covered the many different areas in which we work including quantum technology, biophotonics, science and industry.

Check out #TalentTour2019 on Twitter for coverage of the tour, and if you would like to talk to us directly about a career with us, email talenttour@m2lasers.com.

In the meantime, find out more about the exciting career paths of the M Squared team we covered during the tour:

James completed his BSc Physics at the University of St Andrews, an MSECE, Electrical & Computer Engineering in Atlanta at the Georgia Institute of Technology, before moving onto an EngD with Rolls Royce and the University of Strathclyde. Today, James oversees a portfolio of collaborations and R&D projects.

James says he gets a real buzz from working in a fast-paced, highly professional environment, solving problems for customers and collaborators alike.

Kieran completed his MSc and PhD at the University of Glasgow supervised by Professor Sheila Rowan, Chief Scientific Adviser (CSA) for Scotland. He moved to the Institute for Cosmic Ray Research at the University of Tokyo working for Takaaki Kajita (Nobel Prize 2015) in building the sapphire mirror suspensions of the future underground, cryogenic gravitational wave detector – KAGRA.

Kieran enjoys working in industry because “everyone is driven and focussed, working towards a common goal or on their own development project - it gives you real insight into how ideas are developed from academic concepts to fully engineered solutions.”

Matt completed his BSc. in Physics and Astronomy and PhD in Astrophysics at the University of Glasgow. He studied with Prof. Ken Strain, Prof. Stefan Hild, Dr Bryan Barr in the Institute for Gravitational Research and Prof. Miles Padgett, Dr Neal Radwell, Dr Graham Gibson in the Optics Group. After his studies, Matt took a post-doctoral research position at the University of Glasgow, and nowadays he heading up the project management of new automated laser systems and leading teams of up to 20 members to build complex technology from concept, through prototype, and into fully-tested world-leading products.

Matt really enjoys “developing new technology that makes an immediate impact to society”. He also thinks a diverse research background has made it easier for him to adapt to the variety of problem-solving challenges M Squared solves.

Gabrielle enjoys, “having clearly defined goals to work towards, seeing lab-based fundamental science turned into something useful in real-life scenarios and problem solving”. In addition, Gabrielle excels at mentoring others, and is a regular speaker using her experiences to advise others on career paths and the choices available after graduating.

Robin studied for his MSc Physics and PhD in Laser Physics at the University of Southampton Physics & Astronomy department under Professor Anne Tropper (VECSEL) group. He continued with a postdoc at Southampton before joining M Squared where he is innovating at a technical level across laser, quantum and chemical sensing experiments.

On working in industry, Robin enjoys the “variety of work as well as seeing novel science turning into something useful”.

Fabian completed his degree and PhD in Physics at the University of Hamburg under Professors Guenter Huber and Christian Kränkel and stayed on as a Postdoctoral researcher before moving to the Center for Free-Electron Laser Science (CFEL) in Hamburg, a joint enterprise of DESY, the Max Planck Society and the University of Hamburg. At M Squared, Fabian is developing product from concept through to production.

He enjoys working with lasers in industry and likes the working environment.

Stefan completed his MSci in Physics and PhD in High Power Laser Science and High Energy Density Physics at Imperial College London. He spent time in the Blackett Laboratory Laser Consortium and studied with Prof Roland A Smith (now of the IC Plasma Physics group). Back then, Robin enjoyed “blowing things up with lasers” but now “gets a lot of satisfaction from helping others do their best”. After university, Robin went to work as a research scientist developing optical materials for Element Six.

He manages a range of innovation and product development projects at M Squared and enjoys the wider challenges he faces in this environment, for example “developing longer term sustainable project infrastructure and products”.

Jonathan completed a MSci Physics followed by a PhD in Atomic Physics - Construction of a portable platform for cold atom interferometry under Professor Kai Bongs at the University of Birmingham. Jonathan enjoys using lasers to manipulate atoms at the quantum level. After his PhD, Jonathan started a Knowledge Transfer Placement with M Squared, and it was so exciting he stuck around. He is now working on building portable sensors based on cold atoms, which will be used to measure gravity and accelerations to enable GPS-free navigation.

Jonathan says, “everything happens for a purpose, it is also very interesting to coordinate with both academics and customers to advance the work in the field in two directions”.

Find out more about Jonathan

On working in industry, Joseph comments “it’s good to be able to apply all the knowledge and skills gained during a degree and PhD to develop products and technologies that will benefit society directly. Also. in industry there is “a greater variety of projects to work on - I find this variety stimulating and rewarding.”

Gunnar studied for a Dipl-Ing. in Computer Engineering and Dr.-Ing. in Electrical Engineering (Terahertz-Imaging with demodulating detector array) at the University of Siegen. He worked at the High Frequency and Quantum Electronics group of Prof. Haring Bolivar in Siegen and collaborated with the Ultrafast spectroscopy and Terahertz-Physics group of Prof. Roskos in Frankfurt. After his PhD his group had a research project in collaboration with M Squared during which he was seconded from Siegen University to Glasgow for one year. Afterwards, he joined the M Squared Life team, as a permanent member, and is now developing airy beam light sheet microscopes.

About working in industry, Gunnar commented, “M Squared still has a strong connection to academia and we meet a lot of research groups. I find it very satisfying providing other researchers with our customised products and see them being just the right tools for solving their problems”. 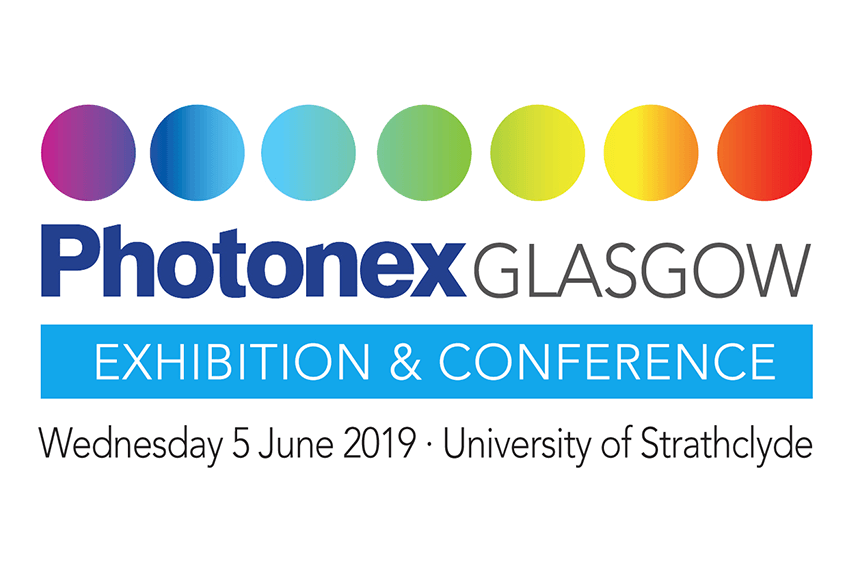 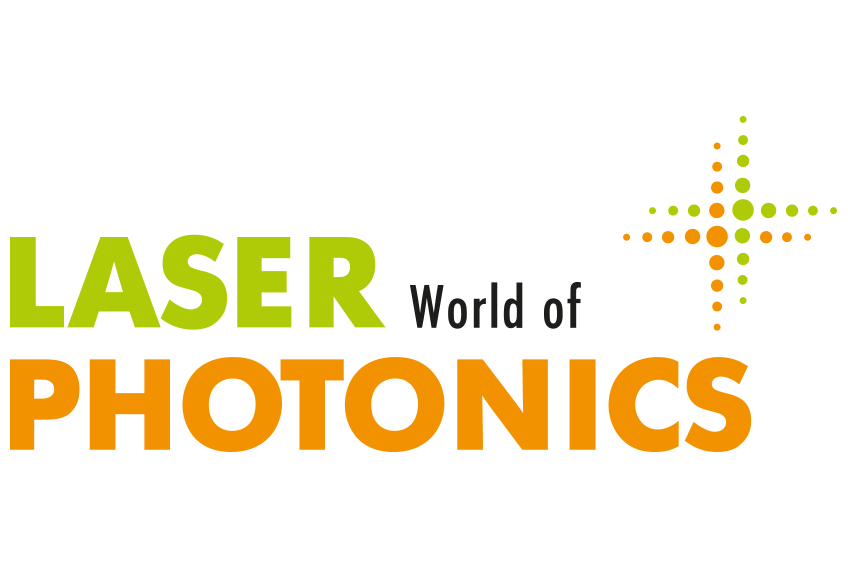 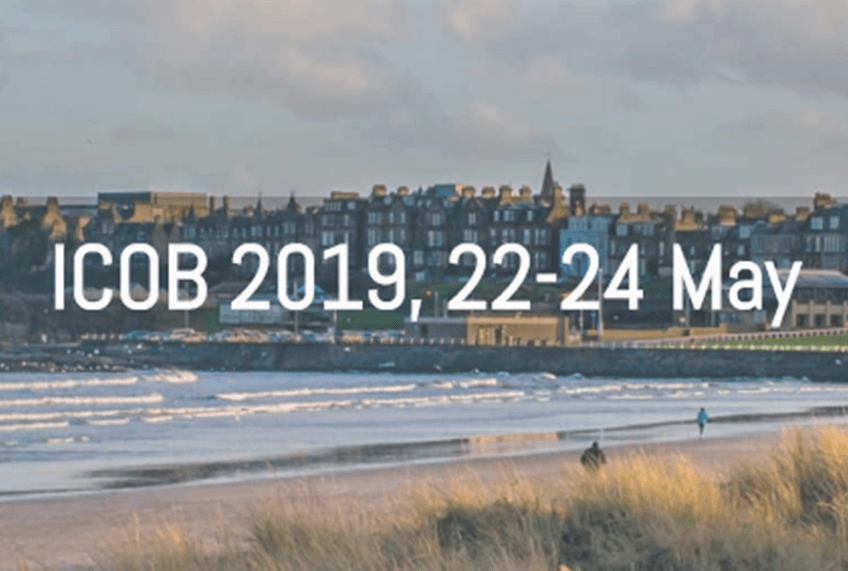 EXHIBITING AND SPONSORING THE